The Rise of Homeownership: Should Landlords be Worried?

It’s no secret that the Great Recession that first hit the United States about a decade ago shifted the rental landscape. According to a Pew Research Center an

alysis of Census Bureau housing data, more U.S. households are headed by renters today than at any point since at least 1965.

But recent economic indicators suggest that homeownership may once again be on the rise, while nationwide rental vacancies hit 7.3 percent in the second quarter, up from a year ago at 6.7 percent. The question that comes to mind for landlords: Does that mean a softening of the rental market is under way?

Here we’ll take a look at what’s driving the uptick in homeownership and see if there are indeed signs of weakness in the rental market while examining factors that may counterbalance some of those changes. Finally, we’ll discuss strategies for managing a possible shift in the market climate. 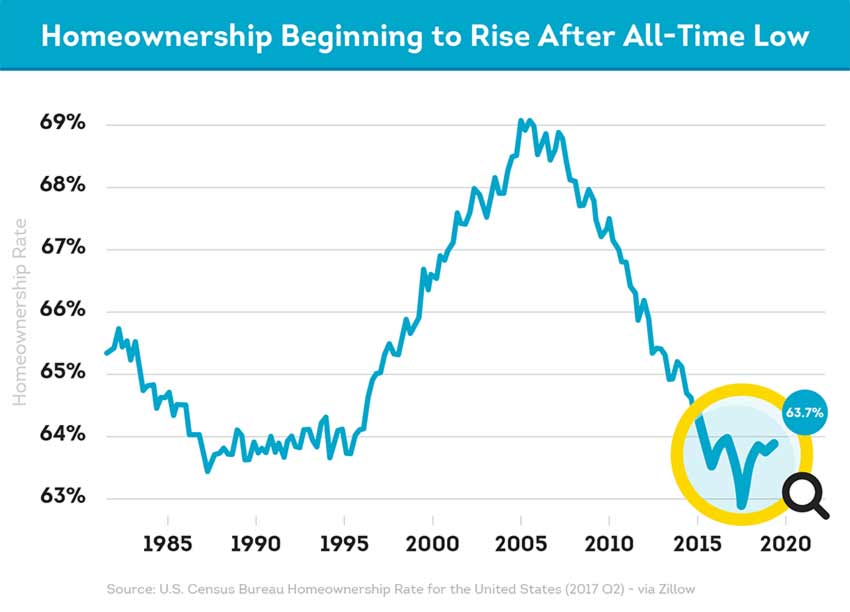 New Homeowners are Entering the Market

Data analytics expert Amer Tadmori, a senior analytics manager for TransUnion, recently hosted a webinar on the “Rise of Homeownership: Should Multi-family Be Worried.” Tadmori noted that new homebuyers are a key demographic driving a rise in homeownership.

For instance, a recent TransUnion analysis found that 55 percent of those who shopped for a mortgage in the first quarter were non-homeowners. About three-quarters of those people are renters, meaning a sizable shift back toward homeownership may be under way.

“As things start to turnaround—as homeowner rates start to increase—there is the potential to see a drop in rental occupancy,” Tadmori says.

Bloomberg reported earlier this year that the percentage of Americans who own their homes hasn’t increased significantly from a year ago, but that the number of new owners was up by 850,000. In addition, 34 million renters between ages 25 and 44—typically a prime age range for homeownership—were credit eligible for a mortgage, according to a recent press release from TransUnion.

Millennials, in particular, seem to be shaking off the stereotype of lifelong renters. According to the 2016 Zillow Group Report on Consumer Housing Trends, millennials made up 42 percent of home buyers last year, more than any other generation, with most of them buying for the first time.

Rental rates are still on the rise but not at the fast clips of previous years, while vacancies have been creeping up over the last year.

In Apartment List’s National Rent Report, rents grew at a rate of 0.2 percent between July and August, which is the smallest month-over-month increase since January. Rents have been rising steadily since the first of the year, with an average month-over-month increase of 0.4 percent. Rents also declined month-over-month in nearly a quarter of the nation’s 100 largest cities, while only 19 cities experienced increases in rents by more than 0.5 percent—both down trends compared to the previous month. It’s important to keep in mind that these declines could be attributed, at least in part, to seasonal changes.

As noted earlier, vacancies have risen more than half a percent in the last year. The building boom of recent years in multifamily rental properties may be affecting occupancy rates. There were more rental properties on the market in the second quarter of 2017 than at any point since early 2014. However, the biggest increases were in high-end inventory, a sector of the market already seeing declines in rental rates amid higher vacancies.

Renting Could Remain a Trend for the Foreseeable Future

There are still plenty of reasons to believe the rental market could remain healthy even as homeownership is projected to increase over the next five years, according to Tadmori.

In addition, Tadmori recommends that to attract Millennials and Gen Xers, property managers need to make sure their units are modern, eco-friendly and more socially oriented. Some of the top rental amenities that these renters want include energy-efficient appliances, recycling services and walkability.

The rental market may be showing signs of cooling off as homeownership begins to grow again after a decade of decline and stagnation. The days of double-digit rent increases and large pools of eager applicants may be coming to a close. However, a tight housing market with record-high home prices across much of the country could continue to keep many people in rentals for the foreseeable future. 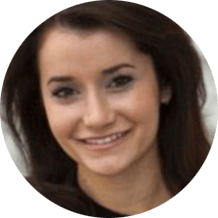 Andrea Collatz is a Senior Marketing Analyst at TransUnion SmartMove. She focuses on topics that empower independent landlords through data, insights, and industry best practices that are typically reserved only for large property management companies. She is also involved in marketing and social media efforts centered on communicating the importance of tenant screening to independent landlords.